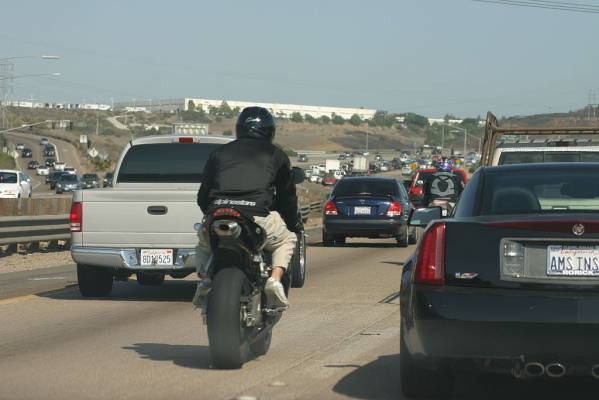 Relief could be coming to motorcycle riders caught in our region’s daily bumper-to-bumper traffic. A new bill that would allow a form of lane-splitting is getting a hearing on Monday.

Washington lawmakers are considering a modified version of lane-splitting in the Senate. Riders would be able to overtake, or pass, cars in their same lane. They will be restricted to driving no more than 10 mph faster than the rest of traffic and no more than 35 mph total.

Jason Wallace has been riding motorcycles in California and Washington for years. He’s a well-known motorcycle mechanic in Seattle who says the law would not be extremely useful for everyday driving.

However, he says it is a good first step in allowing motorcycles the freedom to move through traffic.

“Any time any new law goes into place people go, ah cool,” he said. “But if they would implement it differently this would make a lot more sense and then they make adjustments after that. So, yes, absolutely a first great step.”

Wallace says, if passed, allowing lane splitting in Washington would come with a huge learning curve for drivers, who are not conditioned to expect it.

“People in California are conditioned to see people coming through — they don’t freak out — whereas people up here are not trained for that,” he said. “Probably the first year or two you would probably get a lot of strange reactions.”

This bill would also make it illegal for drivers to prevent motorcycles from passing. We’ll see how that goes considering the problems Washington drivers seem to have with allowing people to merge.

The bill’s authors argue that, based on research from the University of California Berkeley, “lane-splitting motorcyclists were much less often injured during these collisions. They were considerably less likely to suffer a head injury, torso injury, extremity injury, and fatal injury than riders who were not lane-splitting.”

Original article can be found here.