SYDNEY TO LONDON ON A WING AND A PRAYER 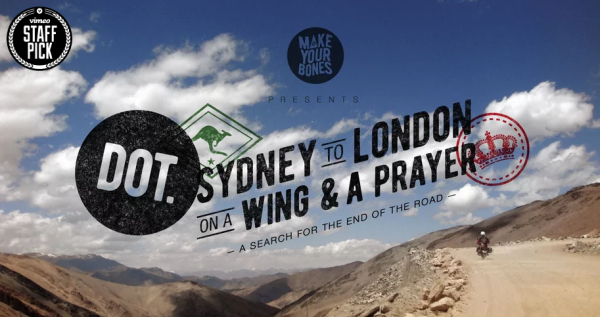 "This 14-minute documentary is perhaps one of the most honest illustrations of what life on the road is really like. It isn't just a rose-tinted travelogue of how wonderful the world is - it shows hardship, it shows struggle and it raises a few questions about the act of travel itself."
-Redbull.com

In 2009, Brit Nathan Millward was enjoying life working in a cafe in Sydney, but the good times were cut short after his Visa extension was denied and he was given 3 days to pack up his life in Australia and exit the country. Rather than booking a flight back to the UK, he made the bold decision to hit the road and ride home. He packed his world belongings into a box, strapped it to the back of his trusty 105cc Honda postman's bike (max speed 40mph) and embarked on the ride of his life. He set off with no Visas in place, no mechanical knowledge and wasn't even sure if his cash would stretch the 23,000 mile ride home . . . Little did Nathan know as he rode away from the Sydney Opera House that morning, he was at the start of a grand journey that would take him further than he ever could have imagined. A journey not just of epic proportions, but one that would take him right to the extremities of personal discovery and ultimately, would take him in search of the end of the road.